Australia almost didn’t make it on to our TDM route. Crazy, we know. Although four days in Sydney definitely does not count as “doing Australia”, a mini city break was exactly what we needed between Indonesia and Fiji.

It was Rebecca’s third time in Sydney and Timian’s first, so our itinerary was a mix of the must-see sights and pretending to be Sydneysiders for a long-weekend of Bondi-living with our friends Lisa and Packham.

Perhaps not the usual start to a Bondi weekend, we arrived from an overnight flight, and decided to take advantage of the airport’s otherwise out-of-the-way location, and power through the jet lag for a mega-brunch at Grounds of Alexandria. In the middle of an industrial estate, Grounds is a bit of a trek from central Sydney, but a short bus ride on the 400 from the airport. A free ride, it turned out, as we had the winning combination of a $50 note and a very friendly driver with no change. The 400 bus actually goes all the way into central Sydney, and is much, much cheaper than the Airport Express train.

After uninspiring airline food and grey terminal buildings, Grounds was an utter delight. We put our name down for a table and went to explore the sunshine filled courtyard garden, complete with a florist, fresh lemonade stand, donut cart and a very tempting patisserie cart. We just had time to visit the resident lambs, chickens, pig (and bright turquoise parakeet!) before our table was ready. 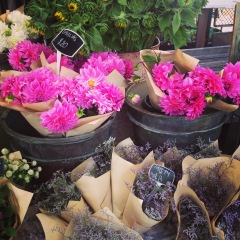 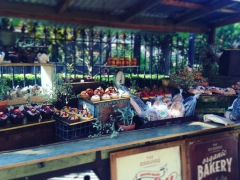 After the delicious Aussie breakfast combo of avocado, eggs, tomatoes and feta, we walked up to Green Square station to buy our Opal transport cards (an Aussie Oyster card) and head to Bondi. 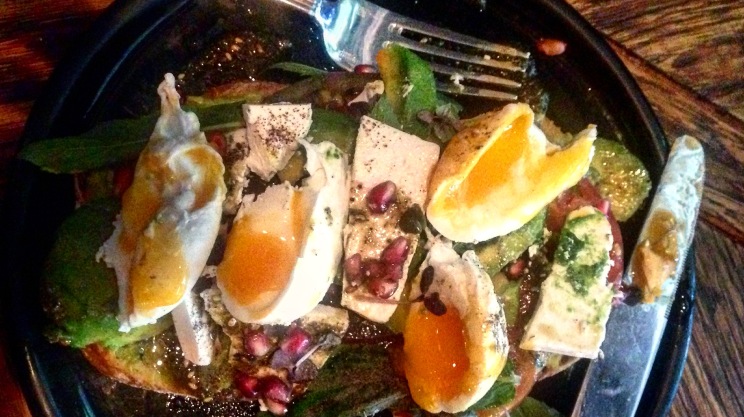 On the way we passed another Alexandria gem; Mitchell Road Antique and Design centre. Basically an incredibly neat and tidy retro flea market in a storage warehouse filled with all sorts, from antique suitcases filled with rubber chickens to vintage dresses and ‘retro’ moped helmets, a lot newer than some we’d been wearing round South East Asia!

So, how does a weekend of Bondi living go?

Friday evening is beautifully sunny (obviously) and if, like us, you’re in the tiny minority of people not out jogging (or simply striding proudly about in workout clothes), it’s spent doing the leisurely hour walk from the iconic Icebergs building at one end of Bondi beach around the coast to Coogee. Here, the reward is a pre-dinner drink on the roof of Coogee Pavilion before a taxi to Surry Hills for dinner. 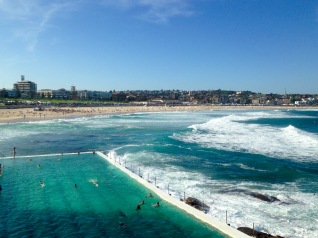 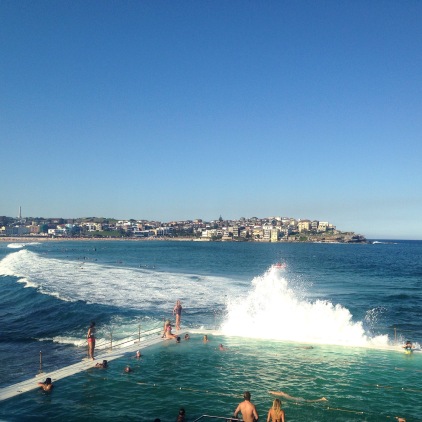 Saturday involves a homemade breakfast eaten on our balcony, then a bus ride up the coast to wander around Watson’s Bay and Camp Cove, followed by fish and chips from Sydney institution Doyle’s, with a view back over the harbour to the Opera House, Harbour Bridge and CBD skyline.

A Saturday evening in means picking up wine from a bottle shop (an Aussie offie; no alcohol’s sold in other shops), and ingredients from Harris Farm supermarket. A pretty mundane task, unless like us, you haven’t been in a Western supermarket in months, and charge around like you’re on Dale’s Supermarket Sweep, gleefully filling the trolley with fresh sourdough, cheddar cheese and, of course, more avocados. And then realise at the till, we haven’t seen Western prices in months, either. 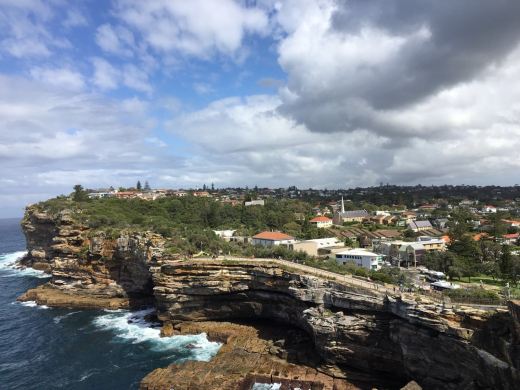 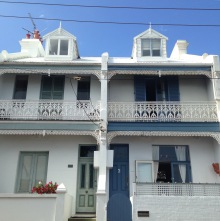 Lazy Sundays in Bondi mean beach time. We watched the barefoot surfers pad over the road with only their boards with them. We found the ridiculously good Messina gelato, for which it’s a maybe good thing Rebecca is not a Bondi local. Restraint is not an option when faced with their salted caramel white chocolate double scoop. Sunday ended the way all Aussie weekends do (we assume), with a barbecue. 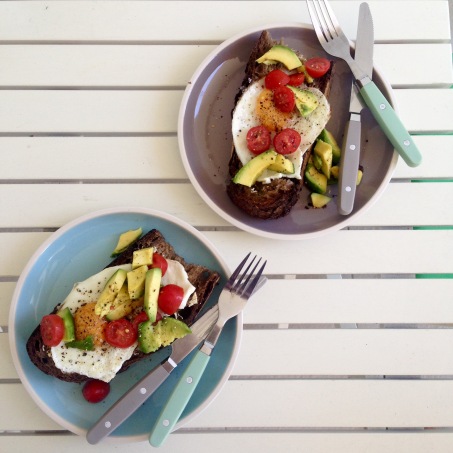 We even finished our long weekend with the authentic Monday morning commute into CBD with Lisa and Packham. Authentic in most of the details; early morning alarm, waiting in the bus queue, transferring to the commuter train, except one crucial detail where they went to the office and we went sightseeing.

72 hours after arriving in Sydney, we finally made it up to Circular Quay, where the Opera House and Harbour Bridge were no less impressive under grey skies. After a drink at the Opera bar, we went for a walk through the Botanic Gardens to Mrs. Macquarie’s chair, a sandstone rock handcarved into a chair by convicts for the Governor of NSW’s wife, where she sat enjoying the view of the harbour, apparently looking out for ships arriving from Great Britain.

Even in Monday lunchtime drizzle, Sydneysiders are working out; for every pedestrian walking through the Domain and Botanic Gardens, there were about six joggers making the most of their lunch break! 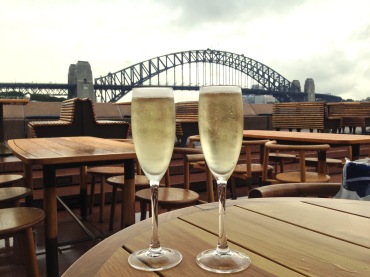 We’d planned to finish our CBD day by finding a bar for a couple of drinks. This proved a little harder than we thought, with pretty much none to be seen. Unlike central London where offices, restaurants and bars are all jumbled together in the same areas, it seemed like Sydney’s CBD is mainly for working and shopping, whilst suburbs like Surry Hills and Newtown are for eating and drinking. In the end, we found The Barber Shop, a dimly-lit, cosy speakeasy bar, accessed through a working barber’s shop. Cocktails in hand, we began planning the ideal route for when we eventually come back to see Australia properly. 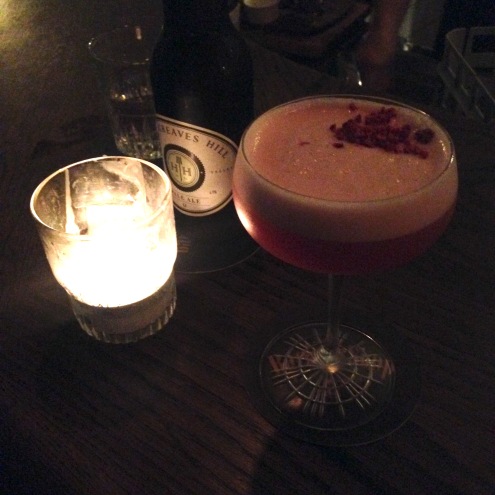 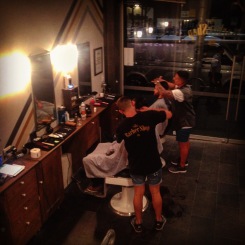