After our unforgettable times in Varanasi and Kolkata, we were told Bangalore would be very different. Richer, glossier, and more developed – maybe not what travellers have in mind as the ‘real India’.

Despite that, we ended up extending our four days, staying with an old friend and her family, to nine days, to fit in an epic Indian wedding and an unbelievable Diwali party.

Our first impression was that, yes, Bangalore is noticeably sleeker and glitzier than other places in India, but when your host is the unstoppable Sanchita Wahi, founder of the I Heart BLR city guide, your experience of Bangalore is nothing short of 100% authentic and 100% awesome.

Brunch fans (let’s face it, who’s not a brunch fan?) should book a trip to Bangalore immediately, ideally before next Sunday. The Sunday brunch scene is a big deal in Bangalore, with places all over the city offering great deals on bottomless cocktails, and brunches from around the globe. We picked Shiro, and filled up on sushi platters, prosecco, and appletinis on the outdoor terrace high up in the UB City complex. Not a fan of raw fish, Rebecca even found some sushi she liked; turns out topping it with Rice Krispies works better than you’d think!

UB City is packed with high end shops, luxury apartments, beauty salons, bars and restaurants. There’s enough going on here for you to easily stay a week… Which we almost had to when the skies opened and the roads outside suddenly turned to rivers, leaving everyone marooned inside until the tides subsided. Rebecca and Sanchita remained calm in the crisis and checked in for a pre-Diwali haircut. Timian waited it out with cervesas and guac at UB’s Mexican outpost, Sanchos. 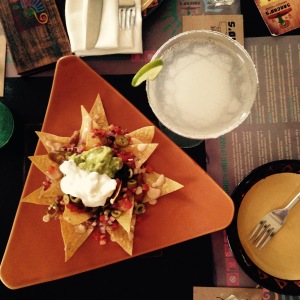 With wedding and Diwali outfits to buy, but without a UB City budget, we headed to Commercial Street. Along with the rest of Bangalore… You can find everything from saris (for R) and kurta pyjama (for T), to MJ hats and neon sunglasses (for the wedding dance), or Swiss cheese and Nutella at the international food hall.

After all the brunching, shopping, and beautifying, we did see a bit of Bangalore’s historical side. At first glance, Bangalore Palace looked more similar to Shimla’s Viceregal Lodge than an opulent Royal palace. Although we’d been a little architecturally spoilt by Rajasthan (looking at you, Udaipur floating lake palace), it was still an interesting place to look around.

There were several things you’d expect to see; a grand ballroom with triple-height stained glass windows, a secluded courtyard with colourful tiling… and some you may not, like the stools made from elephants’ feet or, amongst a photo gallery of regal portraits, the certificate and blurry family snapshot proving the Wadiyar Royal Family had once visited the Great Wall of China! 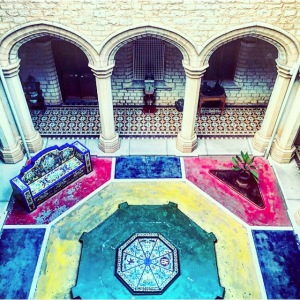 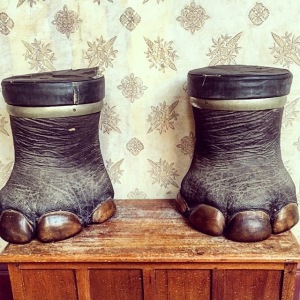 In the evenings, it was back in an Uber and back on the bar trail with Sanchita. Ubers, rather than auto rickshaws, were another big contrast to our time exploring other Indian cities. Uber launched its Indian business in Bangalore, and has become really popular as the city doesn’t have much of a public transport system.

While High bar offered delicious cocktails with a view from the rooftop of the World Trade Centre, Sana Di Ge mouth-watering crab from the Malabar coast, Arbor and Toit an intro to Bangalore’s new micro-brewery scene, Glass House some (much-missed and soon-devoured) baked French cheese and a great wine list, One Night In Bangkok some epic floor-filling cheesy music, and, Hangover the after-party party, in the end they were all just a warm up act for the biggest, brightest party – Sanchita’s uncle, Jitu’s, Diwali celebration. 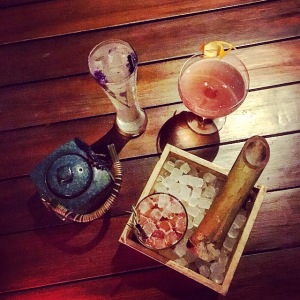 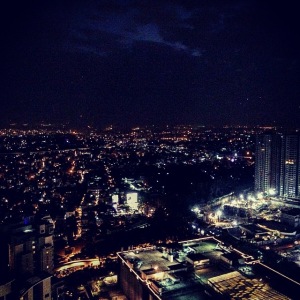 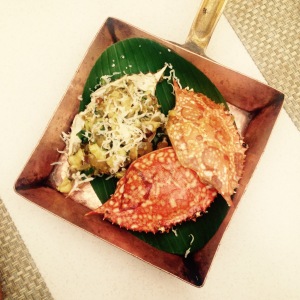 During Diwali people honour and celebrate Lakshmi, goddess of fortune. It was some pretty good fortune that our visit coincided with the party and we got an invite, but even better luck when the party turned out to be an absolute blow-out with live sets from a Bangalorean band and DJ, a fully fledged casino, cocktail bar, delicious canapés, and fireworks over the twinkling lights around the lake in Jitu’s countryside estate. 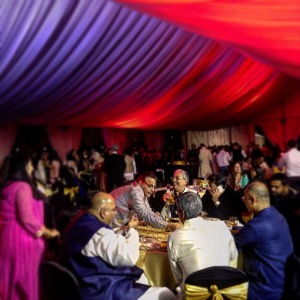 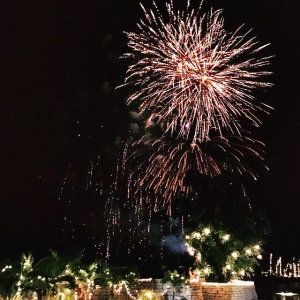 At the 8am survivors’ breakfast the DJ was still going strong and we counted up our wins from the blackjack table, which we felt pretty smug about until we turned to see Sanchita’s towering mountain of chips! If we’d come for the breakfast alone we’d have been pretty happy; chef-hatted waiters, warm pastries, fresh juices and a live omelette station all made an appearance.

Feeling kind of silly in full make-up (especially Timian..) and formal wear at 9:30am we decided to call it a night (day?) and went for a nap then headed home with Sanchita for a final gossip with her Grandma and a final taste of her Mum’s home cooking before what would end up being a 17 hour journey to Kerala.