Irkutsk was our first stop on the Trans-Siberian and is known as ‘The Paris of Siberia’…It’s not clear which arrondissement inspired this nickname or whether the person who came up with it had ever been to Paris. Or even left Siberia.

Being the ‘Paris of anywhere’ is a tough reputation to live up to for any city, especially when it greets you with freezing downpours and rubble for pavements. We felt a very long way from anything Parisienne, though the day-long drizzle did feel very European again.

The original reason for the nickname was because of the huge influx of culture to the city when groups of intellectuals and artists were exiled there from Moscow. At that time, the city probably looked much more picturesque with its painted wooden houses decorated with intricately carved lattices. A lot of these buildings are still standing today, but in various stages of dilapidation. Some have been restored as museums but others are completely abandoned and look quite eery.

The 130 Kvartal is a quarter made up only of these wooden buildings, but rather than investing in restoring the original ones around the city, some have been brought in from other cities and others are modern replicas. The entrance to the Kvartal is guarded by a huge statue of the symbol of Irkutsk: The Babr. A Babr is a giant mythical beast that is sort of a cross between a lion and a bear and is shown eating a fox. It supposedly represents strength and plenty.

The 130 Kvartal seems to exist mainly for tourism. On our first visit (during The Great Freezing Downpours of Irkutsk) it was completely deserted with almost all of the bars and cafes closed. We walked around to a backing-track of Coldplay and Bob Dylan being pumped out from speakers attached to the lamp-posts. This was just odd. We guess these speakers had a very different use in Soviet times. One cafe was open, Rassolnik, which turned out to be great. It was a warm, cosy basement cafe and, just like the cafe on Arbatskaya in Moscow, had a vintage living room theme. This time with arm chairs, a gramophone and old Soviet movies playing from an old projector, what we were watching looked like a Russian Mary Poppins (Maria Poppinsky?). We did go back to the 130 Kvartal on our last afternoon in Irkutsk before getting back on the Trans-Sib. This time the sun was out and so was everyone else. The Kvartal looked much prettier this time.

Irkutsk was noticeably cheaper than Moscow. The beer had halved in price to 95 Rubles (95p) and 12p got us across the city to the station in a tram that had seen better days (the days of fully-functioning doors).

The main reason people stop at Irkutsk along the Trans-Sib route is to see Lake Baikal: the biggest, deepest, fresh-water lake in the world that holds 1/5th of all the fresh water on the planet.

The first town along the lake from Irkutsk is Listvyanka. It’s on the western side which doesn’t have sandy beaches like the eastern side, but from our walks we could see the snow-capped mountains across the lake, and we were on the right side to see beautiful sunsets over the water. 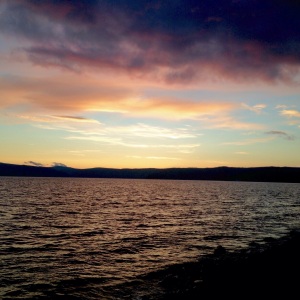 The lake is home to animals that exist nowhere else on the planet. The celebrities of the lake (and all nearby gift shops and markets) are the very cute black-eyed Nerpa seals. If you don’t manage to see any in the lake you can visit a couple in their tank at the Baikal Museum or in their very own Nerpinarium in the centre of Listvyanka. They evolved here, thousands of miles away from all other seals, over millions of years ago.

Also unique to the lake is Omul (distantly related to salmon) which becomes the local delicacy once caught and smoked. Soft toy Nerpas, piles and piles of smoked Omul, locally carved jewellery and spoons are on offer at every stall at Listvyanka market.

Our wood cabin hostel in Listvyanka gave us a great view of the lake, a chance to try Omul and Kvas (fermented rye bread water which tastes and smells exactly as you’d imagine) plus one other parting gift. The last thing we expected to leave Listvyanka with was the back-catalogue of ABBA stuck in our heads. Mamma Mia, did our hostel like ABBA. I mean, one or two songs are ok but they are just like Gimme Gimme Gimme for the whole lot. So we paid our Money Money Money, told them Thank You For The Music. 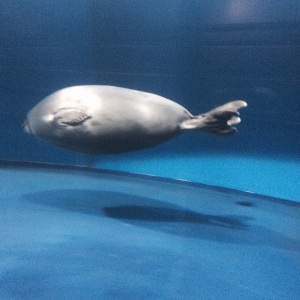 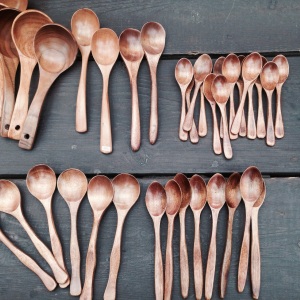 We took a Marshrutka – which roughly translates as ‘unmarked mini van’ (the standard bus network here for both tourists and locals) – back to Irkutsk to get back on to the Trans-Sib for our next leg to Mongolia. 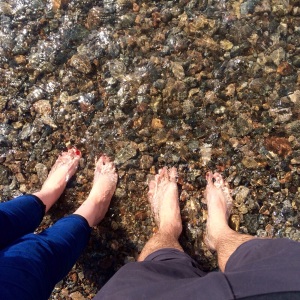